About > News > Rich Hogrefe Retires after 50 Years of Service 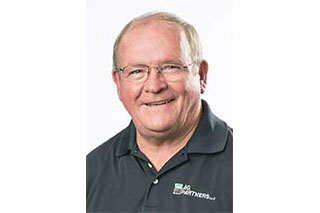 When his career began in 1970, Rich Hogrefe “never thought this would be his only job”.  Now, 50 years later, Rich is retiring from Ag Partners, the same company he started with.  Although the company name may have changed throughout those years, Rich only worked under two general managers:  Bruce Anderson and the current CEO, Troy Upah.

Rich spent most of his years of employment in the feed department.  “We have seen tremendous growth over the years, and most of that came from the great employees I worked with”, Rich said.  At the beginning of his career the feed department was producing approximately, 20,000 tons – which Rich says, “was huge at the time”.  Now, as he begins retirement, Ag Partners is producing just over 1.6 million ton of feed this past fiscal year.

Rich and his wife Barb plan to continue spending their summers at their home in Albert City, while wintering in Arizona to be near their grandson.

The team at Ag Partners wishes Rich a wonderful retirement with many years of enjoyment and memories with his family and friends.  Congratulations Rich! We thank you for your dedication and 50 years of service to Ag Partners and the customers and communities you served.