Cherokee, IA - AgState held their annual meeting in-person on Tuesday, December 6th. AgState CEO, Troy Upah, and Board President, Chuck Specketer, along with Bob Dobson, CFO, presented the Annual Report. The company showed sales of $1.5 billion and a net savings of $21.5 million. $7.5 million of the 2022 profits were allocated to 4,500 members. The cash distributed to the membership at the annual meeting was $5.9 million including a revolvement of deferred patronage. During the meeting, Chuck Specketer shared "AgState had a good year and the two cooperatives as a combined organization are already recognizing considerable savings and synergies, providing opportunities for the AgState membership.” Chuck thanked board members and the employee team for their hard work during the first year of the combined company. AgState had a record year in grain handling, over 140 million bushels of which over 30 million bushels were consumed by the AgState’s feed business. InSite CDM enrolled over 225,000 acres of data management services making a difference in the bottom lines of farmers throughout the Midwest. In addition, AgState’s Energy department provided 19.6 million gallons of refined fuels and propane.

AgState is a locally owned and controlled cooperative with 475 full- and part-time employees among 34 locations located in Northwest Iowa. AgState provides products and services to local producers in grain, agronomy, feed and energy. AgState’s purpose is “Helping Producers Prosper.” AgState thanks all the local communities for the continued support. Members who would like a copy of the Annual Report may pick one up at their local AgState location.

About AgState Alceco/Ag Partners and First Cooperative Association, industry leaders in agriculture, merged in September 2021. As of January 17, 2022, they began operating under a new name known as AgState. First Cooperative Association, FCA, was recognized as the OLDEST active grain cooperative in the nation and was incorporated on December 12, 1887. Alceco also had a deep history for serving Northwest Iowa producers and was instrumental in bringing the loading of grain shuttles to NW Iowa originally as Alceco and later under a joint venture, Ag Partners. Both cooperatives are owned and democratically controlled by their farmer-members. From the early days, both cooperatives were built from the ground up by people with a vision, who put countless hours into making these co-ops work. It is their people that continue to make them strong and financially stable. 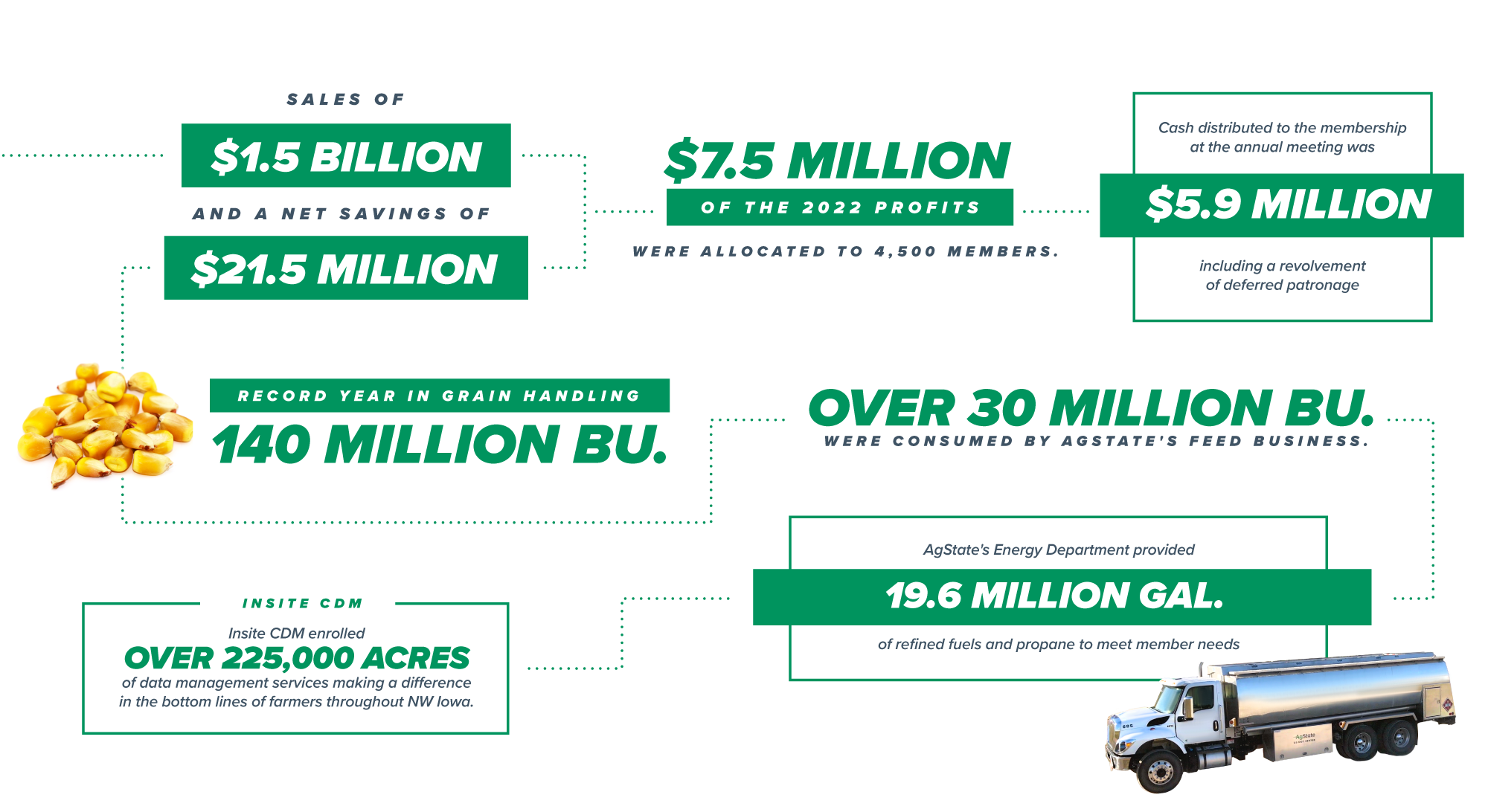